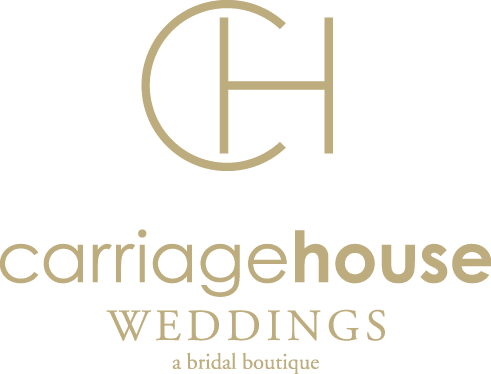 Augusta Jones knows how to capture the classic, southern bride in a silhouette. Successful from the start, this young company has been awarded three British Bridal finalist awards within the first two years of introducing the label. Their work is regularly featured in Cosmopolitan Bride, In-Style Wedding, Brides, Wedding & Home, and You & Your Wedding. Augusta Jones designs are sold exclusively through selective shops in Europe, North America and Asia.

You can find the most classic laces, variety of silhouettes, and gorgeous satins in their collection. This intimate luxury boutique brand has carved a niche by consistently creating timeless pieces. We love to customize their gowns to create the perfect bridal look. We love Augusta Jones's commitment to quality fabrics and timeless designs. Augusta Jones can be found exclusively to Carriage House Weddings, in the state of Alabama.

This Hungarian designer likes to consider her styles- unique gowns for the modern bride. Designed by Anita Benes and based in Budapest, Hungary this designer carries some of our most whimsical and unique designs. Delicate lace, flattering necklines, gorgeous illusion, and soft tulle skirts. While not forgetting the intricate details and stunning trains. This designer offers a little bit of everything while remaining unique and true to the brand. We are proud to carry many of their styles from their latest collection in store. We are proud to carry Daalarna, exclusively, in the state of Alabama.

Jenny Packham is a fashion designer from London, primarily known for her prêt-a-porter collections and bridal gowns. She founded the Jenny Packham company in 1988 and has worked with some of the top celebrities like Kate Middleton, Hilary Duff, Beyonce, Vanessa Hudgens, Rihanna, and more! She has also designed pieces for famous movies like Harry Potter and The Devil Wears Prada. Jenny Packham works with the most gorgeous beading and fabrics and we are proud to have her as a part of Carriage House. Jenny Packham is exclusive to our store in the state of Alabama.

Katherine McDonald has been designing since she was a child and released her first ready-to-wear line in 2003. She works with luxurious fine European fabrics, delicate details and classic silhouettes! Kate McDonald is proud and committed to being sewn in the USA using the finest specialty fabrics! You can find her headquarters in beautiful Charleston, SC and her latest designs in store with us! Kate McDonald is exclusive to Carriage House Weddings in the state of Alabama.

The BECCAR collection is designed for the modern bride while always keeping in mind the needs of different brides, from destination fetes to traditional affairs to bohemian luxe celebrations. BECCAR features gorgeous trains, beautiful laces, and a unique use of feminine details on timeless silhouettes. You can also find unique textures and light beading in the BECCAR collection. We love BECCAR for their appliqués and beading. BECCAR is exclusive to us in the state of Alabama.

The Marchesa Bridal collection is filled with gorgeous fabrics and light, unique laces that we can't get enough of! The gorgeous Georgina Chapman is one of the founders of Marchesa and her gowns have been worn by celebrities on red carpets for years including Sandra Bullock, Sarah Hyland, and Poppy Delevingne. Their bridal collection was established in Spring 2017 with the launch of their first collection! Marchesa Bridal is where timeless and fashion-forward designs meet making it perfect for the modern bride. Unique laces on the most gorgeous silhouettes, flattering necklines, and attention to detail can be found in every collection. Marchesa is the latest addition to Carriage House and exclusive to us, in the state of Alabama.

It was the search for her own wedding gown that launched Sareh Nouri's first line! As her wedding day approached, Sareh grew ever more frustrated, for she couldn't find "the one" - a dress that was at once sophisticated and traditional, ethereal and elegant. In desperation, she decided to design her own gown. From there Sareh continued on, to design her own lines. Incorporating the finest of imported French lace and Italian silk, Sareh works closely with her team of highly trained dressmakers and patternmakers on these couture creations. Today, the Sareh Nouri collection of gowns and sashes can be found in bridal boutiques around the globe. They have been featured on top TV shows, such as TLC's "Brides of Beverly Hills" and have been seen on E! News with Giuliana Rancic. Sareh's designs have also been photographed for top bridal publications and have been featured in People Magazine, US Weekly Magazine, Grace Ormonde Wedding Style, Washingtonian Magazine, Weddings Unveiled, and Brides Magazine. We love the way Sareh Nouri creates sleek, timeless gowns that still have such attention to detail. Sareh Nouri's gowns are exclusive to us in the state of Alabama.

Kelly Faetanini is committed to serving her brides through customizable beading, detachable trains, and special corsetry technology for the perfect fit. At the age of 23, she became the youngest wedding gown designer on the runway at New York Bridal Fashion Week. Kelly Faetanini specializes in flattering silhouettes, beautiful necklines, and a variety of styles. She perfectly captures the traditional bride and the modern bride in the same collection. Kelly is hands on and wants every bride to feel special in her designs. We are proud to have Kelly Faetanini exclusively in the state of Alabama.

Based in Barcelona, Pronovias is the global leader in bridalwear and has dressed brides in more than 105 countries for over 50 years. The Pronovias collection features a wide range of styles and silhouettes, and each dress is designed with careful attention to detail. Pronovias offers our brides unique laces, light and elegant beading, and flattering silhouettes.

After designing her first gown for her brother's fiancée, Lea-Ann Belter realized bridal was the perfect expression of her love of fashion, amazing fabrics, timeless aesthetics, and meticulous execution. Before long, Lea-Ann opened her first wedding gown boutique in the exclusive Yorkville area of Toronto. Five years later, she launched the Lea-Ann Belter Bridal Collection through a network of retailers. Lea-Ann Belter works with the most gorgeous, timeless laces and fabrics. We love her ability to make a classic gown, feel fresh and new! Lea-Ann Belter's designs are exclusive to our store, in the state of Alabama.

Ines Di Santo is an internationally renowned bridal and evening wear designer and leader on the world-wedding stage for over two decades. She infuses every collection with the essence of her passion for beauty, love, and desire. Her designs are a modern interpretation, combining classic couture techniques, exquisite handcrafted embroideries, and the finest European fabrics. Her daughter is her right-hand gal as her managing partner. We love Ines Di Santo's use of detachable trains, exquisite fabrics, and soft laces. Come shop the latest collection in store. We are proud to have Ines Di Santo exclusive to our store, in the state of Alabama.